Judge Glen M. Reiser - "Burch to Donkin: The Iron Fist From the Grave"

Judge Reiser will discuss the California Supreme Court and the Legislature's continued struggle with the "no contest" clause in wills and trusts.

Judge Reiser is a graduate of the United States Military Academy and University of California at Santa Barbara where he received his B.A., with high honors, in 1975.  He obtained his JD from the University of California at Los Angeles and was admitted to the Bar in 1978.  Judge Reiser was appointed to the Ventura Superior Court bench by Governor Pete Wilson in 1998 where he now presides over probate, trust and conservatorship matters as well as civil trials. 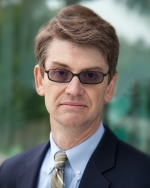